The Death and Return of Superman 2019 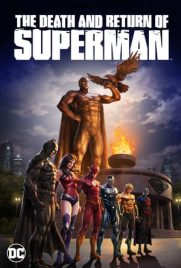 Director : Jake Castorena , Sam Liu
Writers : Bill Finger, Bob Kane, James Krieg, William Moulton Marston, Tim Sheridan, Joe Shuster, Jerry Siegel, Peter Tomasi
Stars : Jason O'Mara , Rosario Dawson , Jerry O'Connell , Rainn Wilson
A fight between the champions of Justice League and an alien and unstoppable force takes place, with an infinite battle called "The Day of Judgment" where only Superman can put an end to this great war and bring back the original image of the city. The superheroes of this series face many challenges and difficulties in the path of stopping the enemies of the earth, and this leads us to the last moment of the story…